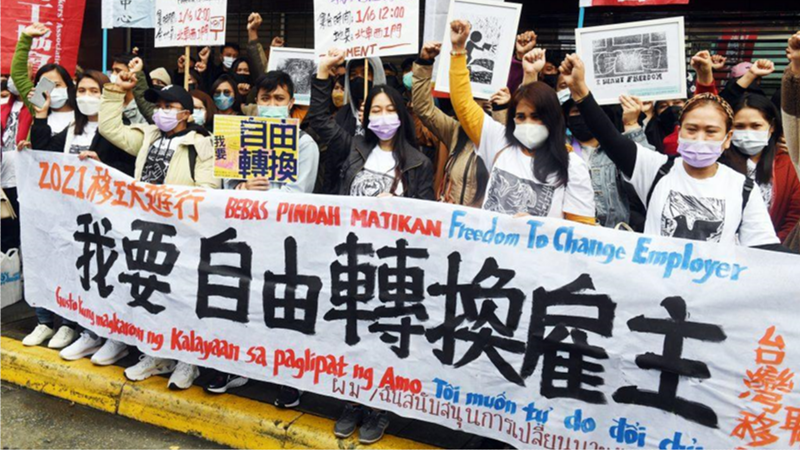 About 400+ migrant workers gathered in Taipei on 16th January for the rights to freely transfer to new employers in Taiwan. The rally was organized by the Migrants Empowerment Network in Taiwan (MENT). It started from Taipei Main Station to the headquarters of the ruling Democratic Progressive Party and lastly to the Ministry of Labor (MOL). 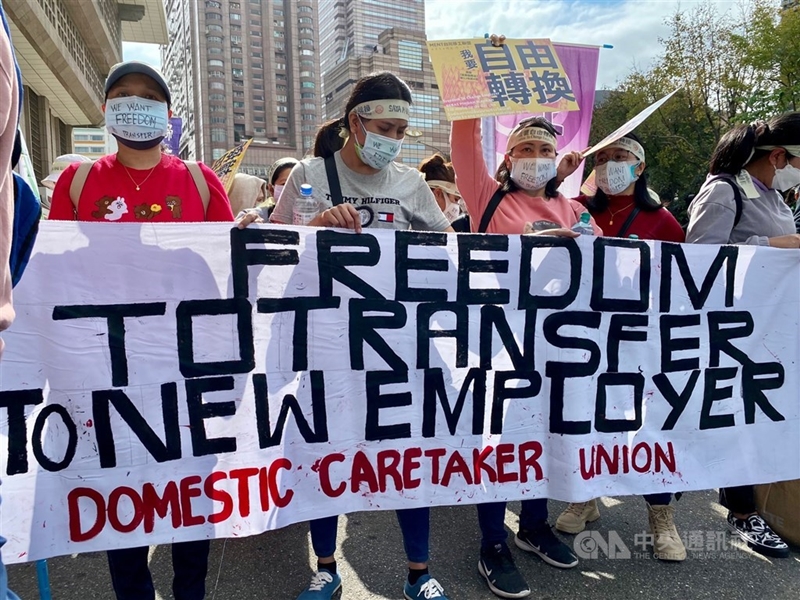 Based on Taiwan’s Employment Service Act Article 53&59: a foreign worker who has been employed may only shift to work for a new employer or to engage in new work upon the authorization of the central competent authority with following conditions:

1.His/her original employer or the one who was intended to be taken care of by the employed foreign worker has deceased or emigrated;

2.The vessel he/she works on has been seized, has sunk, or has been under repair so as to compel the discontinuation of the work;

3.The discontinuation of the work caused in the fact that his/her original employer has wind up the factory, suspended the business, or failed to pay the wage/salary pursuant to the employment contract resulting in the termination thereof;

4.Other than the above, similar circumstances not attributable to the employed foreign worker.

Taiwan International Workers Association( TIWA) stated that the freedom to change employers is a fundamental labor right that distinguishes a “worker” from a “slave,” as it allows workers to avoid “forced labor” conditions. For a migrant worker, “resignation” usually means deportation, and they will also be faced with a huge debt because they have not been able to pay off their placement fees.

Chen Xiulian (陳秀蓮), a researcher at the Taiwan International Labor Association, believes that people are not machines and should not conducting 24-hour care. She emphasized that the freedom to transfer is the way that related Taiwan industry can find ways to make progress; in addition, if If you are found as an exploitative employer or agency, you will not be able to hire again, and only then will Taiwan be able to correct the international view of Taiwan's exploitation of workers. 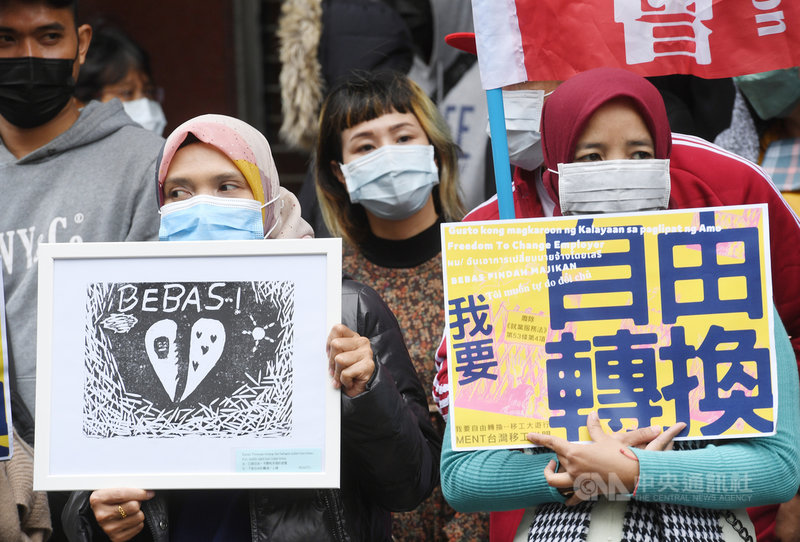 Before the rally, the Taiwan Disabled Family and Care Employers International Association held an online press conference, stating that many seriously ill employers in the association have clearly communicated their needs and work requirement through videoconferencing and other methods before hiring migrant workers. Severe disability requires 24-hour care, but migrant workers switch after employment disrupts the 24-hour care.

After the rally, the Workforce Development Agency said that allowing migrant workers to freely change employers might result in increased hiring costs and an unstable labor supply for certain jobs, particularly the care of people with severe disabilities. Migrant workers can change their jobs with the consent of their employer and at the end of their contract.

An amendment to the law would require public consensus, as it involves employment stability, the ministry added.